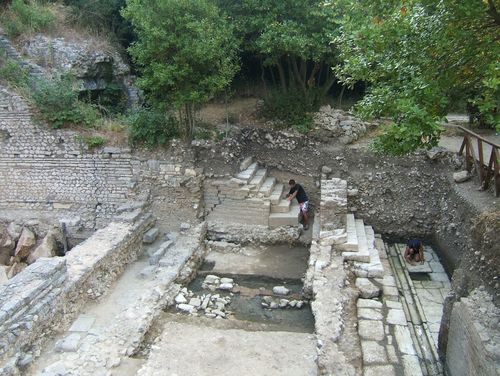 A building with two barrel-vaulted rooms is located on the eastern side of the Tripartite Building. The purpose of its thick vaulting (1.5 m) was to support a second-storey building. Part of the floor surface and masonry of the second floor remains intact. Embracing an area of ca. 5.5 x 9.0 m, the building on the second floor was elevated 7 m above the forum pavement and approached by a monumental flight of 22 steps.

Owing to its monumental approach, size, and distinctly elevated position in the forum, the building was probably a temple. Built in the early 2nd century AD, it may have served as an imperial cult temple to Hadrian.