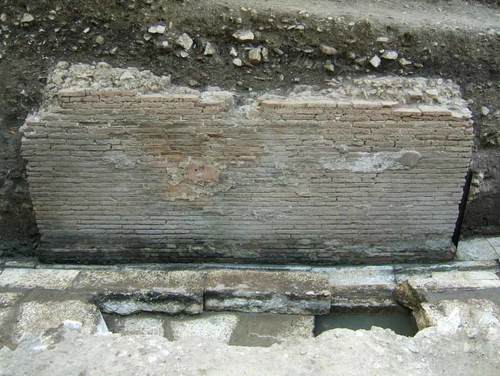 Statue base in front of the Tripartite Building

Remains of three statue bases were discovered on the forum pavement. The largest base was 4.5 m wide in opus testaceum, filled with a rubble core. Plastered and painted in red, it was built in front of the Tripartite Building, serving as a podium to support a large statue, possibly equestrian, or a statuary group.

A white marble base with molding was found at the forum’s eastern end, situated on the first step, adjacent to the northern side of the Basilica’s central door. The western portion of the base was robbed out in the Middle Ages, together with a slab of the forum pavement, when a deep pit was dug into it from above. The edge of the base rested the first forum step, providing an opening for the forum’s gutter to run beneath it. 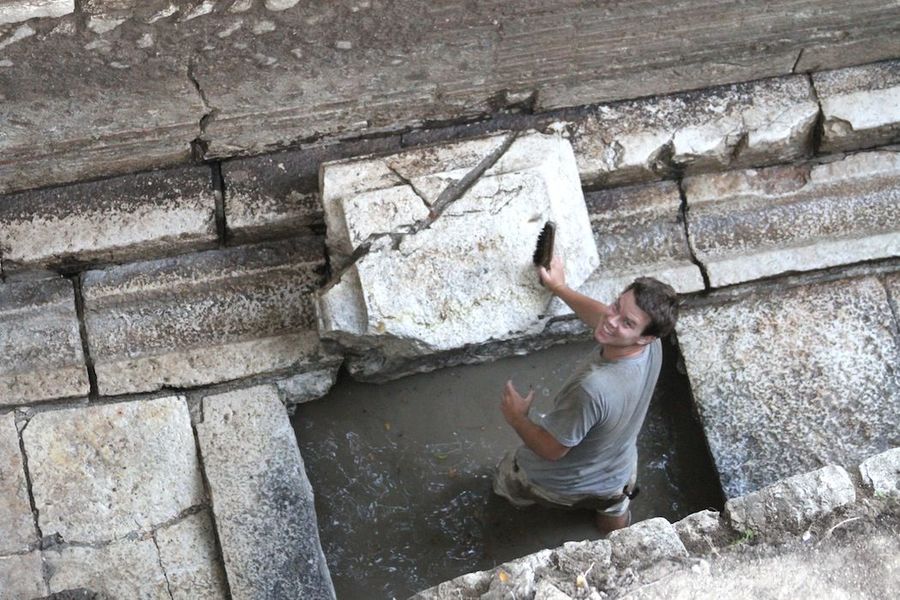 Matt Wieck cleans the statue base at the Basilica