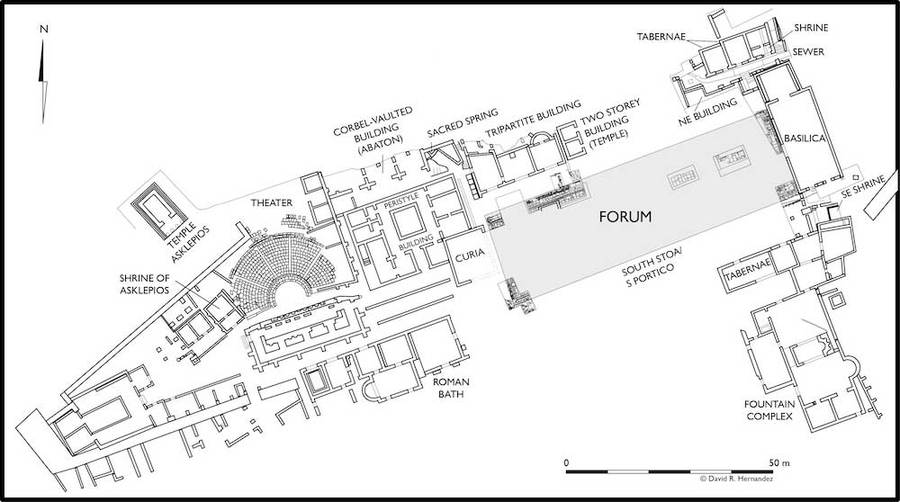 The ancient urban center of Butrint 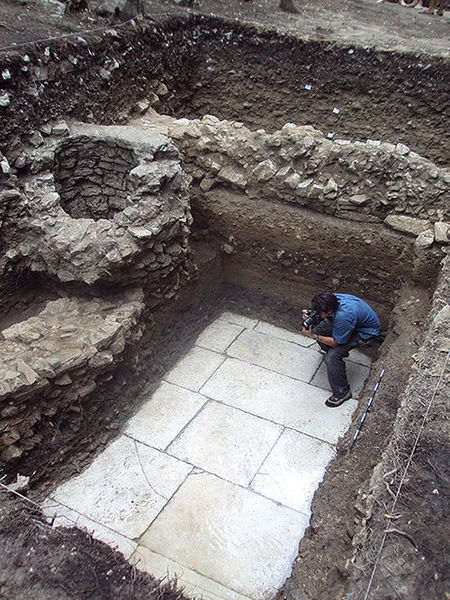 The Roman colony constructed the Forum in the late 1st century BC in the time of Augustus. The paved area encompasses an area of 20 x 72 m. The Basilica, occupying the length of the eastern end, was its architectural focus. An ambulatory approached by two steps was built along its three other sides. The buildings and monuments of the Forum date between the late 1st century BC and the mid 3rd century AD.

The Forum was principally devoted to negotium (commercial activities, courts, and public business). It served as the venue for popular entertainment, such as gladiatorial games, and it offered the city's residents a bathing facility with heated rooms and hot water. Religious buildings were also constructed at the Forum, including the Capitolium (Tripartite Building) and temple (Two-Storey Building), built adjacent to the Sacred Spring in the the old Sanctuary of Asklepios.