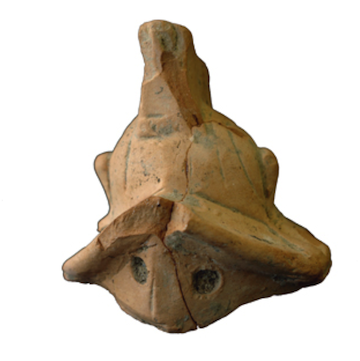 The RFE Project has recovered tens of thousands of artifacts, ranging from sculpture, inscriptions, and coins to pottery, bones, shells, and seeds. The material remains from the ancient urban center span nearly three millennia, from the 7th century BC to modern times.

This small terracotta helmet of a Murmillo gladiator figurine was found at the forum steps in front of the Tripartite Building. It is a vestige of the popularity of gladiatorial games in the 1st century AD. According to the Roman architect Vitruvius, who lived in the Augustan period, Roman forums were designed with wide-spaced colonnades in order to allow spectators to view gladiatorial games. 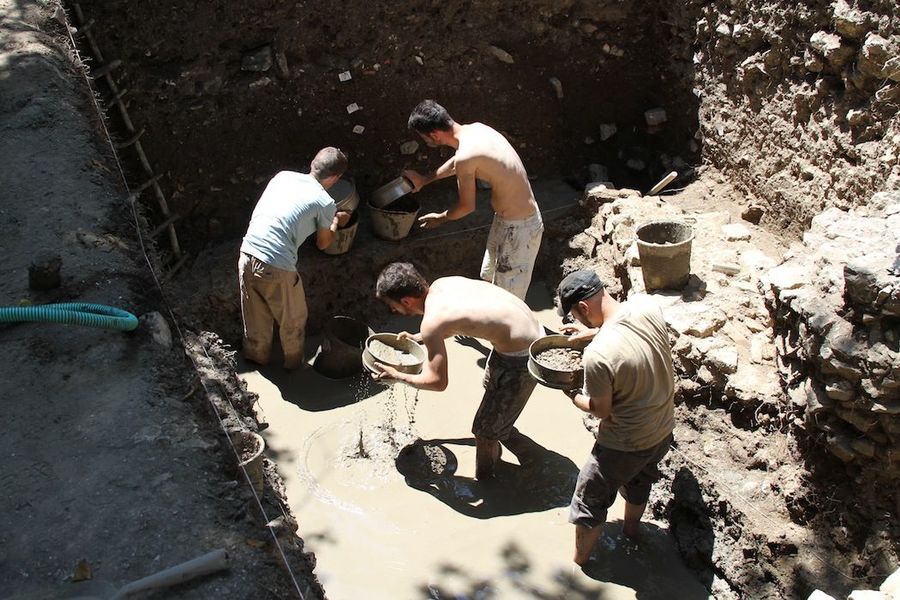