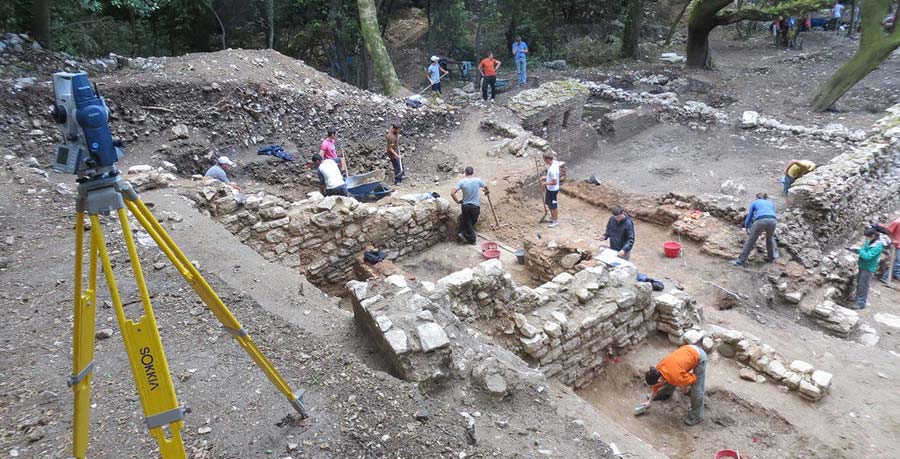 The stratification of the lower city is deep and complex, owing to geologic subsidence of the Butrint headland and to human habitation at the site since prehistoric times. The Roman Forum Excavations Project has reached depths of up to seven meters below the surface in large, open-area excavations.

Butrint's ancient urban center is a densely built environment, in which numerous buildings have been constructed, reconstructed, and demolished over a period spanning more than two millennia. The project has developed methodological approaches to fieldwork that are closely tied to the archaeology of the site. Because of waterlogging and the absence of modern urban development, Butrint preserves traces of its past better than many ancient cities of the Mediterranean.