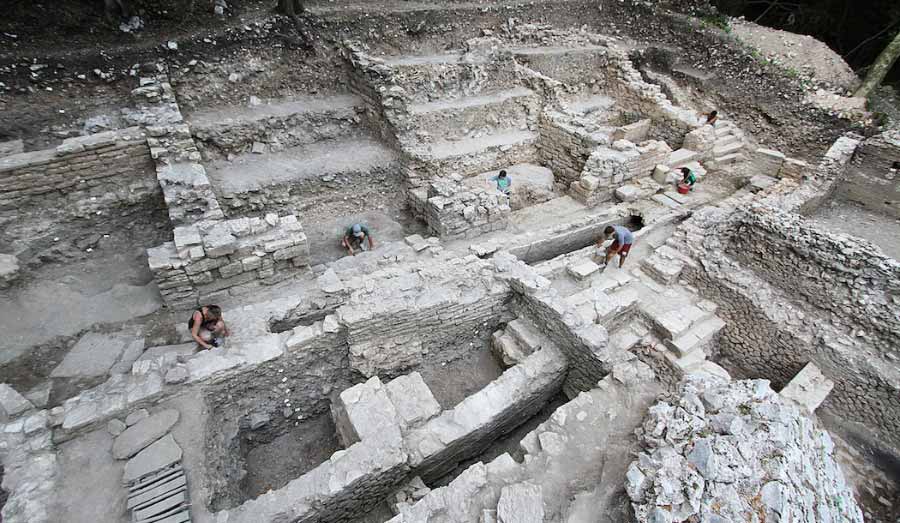 Excavations of the NE Buildings

From 2004-2014, the Roman Forum Excavations Project undertook intensive, multi-disciplinary excavations aimed at examining the urban archaeology of the city.

During this first phase of fieldwork (2004-2007), funded by the Butrint Foundation, the W side of the forum was identified and partially excavated. After the discovery of the forum pavement and portico at the Forum's NW corner, the project focused excavations at the Tripartite Building (Capitolium) and South Stoa.
The second phase of fieldwork (2011-2014), funded by the University of Notre Dame, revealed the Forum's E end and its complete topographical layout. The project focused excavations at the Basilica, South Stoa, and NE Buildings.
The RFE project has now investigated most of the public buildings of the Forum and has recovered evidence to reconstruct the long-term development of Butrint's ancient urban center.