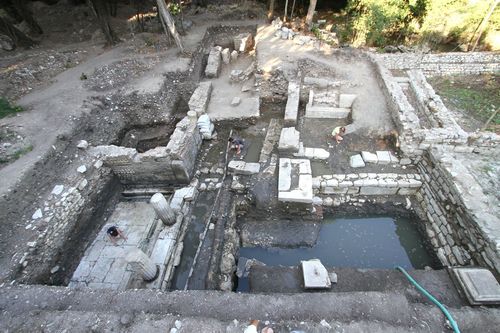 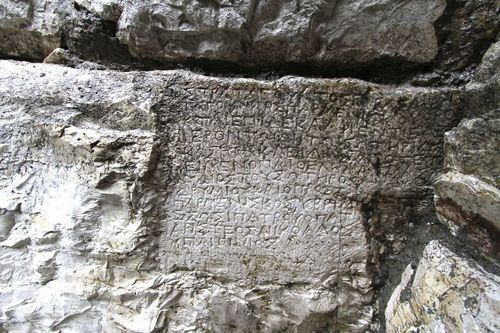 Excavations at the southwestern and southeastern ends of the Roman forum brought to light a colonnade on two steps that formed part of a long portico lining the southern side of the forum. The steps originally served as the stylobate of an earlier building, South Stoa I, built in the 1st century B.C. at about the time when T. Pomponius Atticus was the foremost patron of the city.

In the forum’s final configuration, established sometime in the 2nd or 3rd century AD, South Stoa II was demolished. The area that it occupied was converted into a roofed portico (S Portico) fronting tabernae.