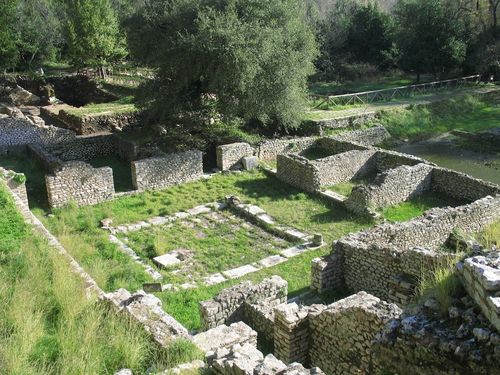 Attached to the eastern side of the Theater, the Peristyle Building has the design of a traditional Roman domus (house). Its center features a stone-paved impluvium, the cistern used to collect rainwater from the roof. Following the typical plan of a Roman house, the individual rooms on the groundfloor of the building are arranged around the atrium. The building was two-storied, as shown by the remains of stairs that led up to the upper rooms.

The Peristyle Building served as the healing facility and sleeping quarters of the Sanctuary of Asklepios.