Under the Roman Empire 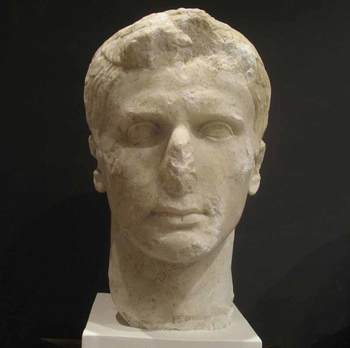 Bust of Augustus from Butrint

Under Roman rule, Bouthrotos gained autonomy in Epeiros in 163 BC, becoming the center of the koinon of the Prasaiboi. It was during this time, in the 2nd century BC, when the Theater was constructed and the Agora and urban center were formalized in the lower city.

Bouthrotos became the residence of Cicero's closest confidant, Titus Pomponius Atticus, who came to live at the city intermittently for more than thirty-five years.

In 48 BC, Julius Caesar arrived at Bouthrotos in the midst of the civil war against Pompey the Great. Stationing one legion at the city, Caesar used it as a supply base and a bulwark against Pompey's naval fleet at Kerkyra. After his victory, Caesar initiated a plan to colonize the city. The plan for colonization was unsuccessfully resisted by Atticus and Cicero after Caesar's assassination. 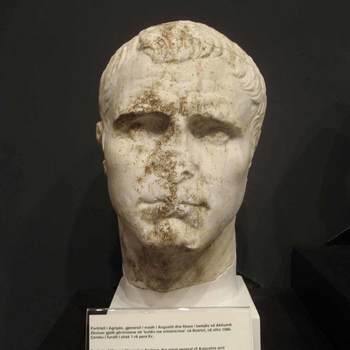 Bust of Agrippa from Butrint

In 44 BC, Rome colonized Butrint, under the same Caesarian program that saw colonies established at Korinth and Karthage. Augustus later refounded the city as Colonia Augusta Buthrotum, and it developed a strong connection with Augustus’ intimate colleague Marcus Vipsanius Agrippa through his marriage to Atticus’s daughter, Pomponia.

One of the city's greatest periods of prosperity occurred under the Roman Empire. The Roman Forum was constructed in the Augustan period (27 BC-AD 14) and later aggrandized in the 2nd century AD. Numerous baths, fountains, and public buildings were constructed during this period. A prominent and wealthy woman, named Junia Rufina, adorned in marble a spring dedicated to nymphs bearing her name.