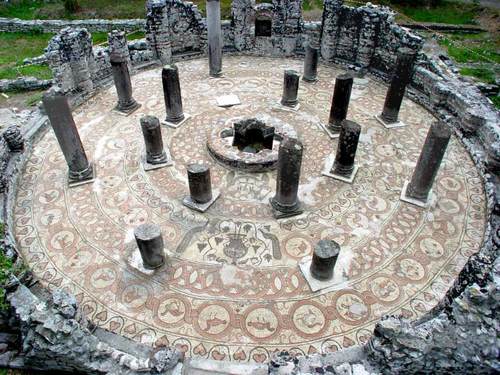 Under the Byzantine Empire, Butrint became the center of a bishopric in Epirus Vetus.

The Forum came to an end in the late 4th century AD, as a result of a devastating earthquake. Nevertheless, large-scale construction projects in the 5th and 6th centuries included the Triconch Palace, the Great Basilica, and the Baptistery, whose stunning mosaic floor survives.

Archaeological remains of Butrint’s Byzantine, Venetian, and Ottoman periods attest to the city’s enduring importance as a strategic and commercial center in the western Balkans into the 16th century AD.