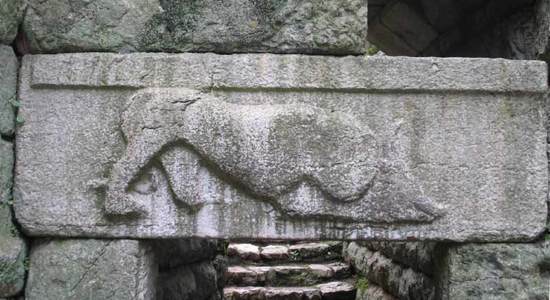 Bouthrotos arose as a city in the second half of the 7th century BC, situated in the region of ancient Epeiros. It operated as a dependent polis (city-state) to the Greek colony of Kerkyra (modern Corfu). The lintel of the Lion Gate showing a lion attacking a bull was carved in the late 6th century BC and originally belonged to the Archaic temple of Athena on the Acropolis.

Before his invasion of Italy in 280 BC, King Pyrrhus, who was the second cousin of Alexander the Great, took possession of all Epeiros, including Bouthrotos. In the 3rd century BC, the cult of Asklepios was established at the city, serving as a sacred refuge for the sick.