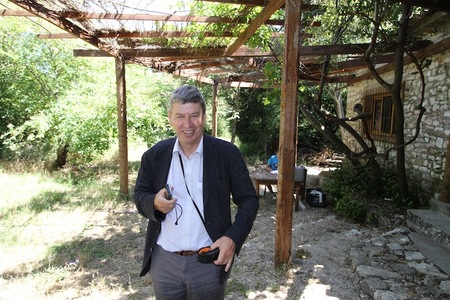 Richard Hodges is the President of the American University of Rome since 2012.

He began his career as an archaeologist with excavations in his home village of Box, Wiltshire while at high school. During that time he founded a village archaeology society which is thriving today. He studied archaeology and history at Southampton University where he completed a doctorate on the archaeology of Dark Age trade. In 1976 he joined Sheffield University as a lecturer and while there launched excavations in England and Italy at Roystone Grange (Derbyshire), Montarrenti (Tuscany) and San Vincenzo al Volturno (Molise).

He was awarded the Order of the British Empire (OBE) in the Queen’s honours in 1995.