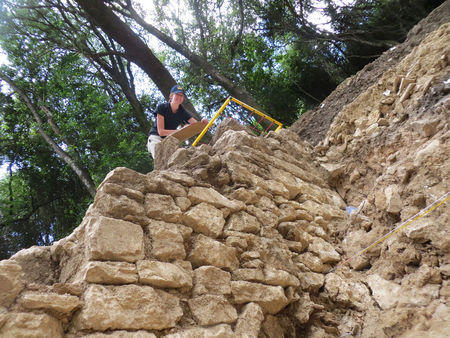 Erin Pitt is Visiting Professor of Archaeology and Ancient Studies at Sweet Briar College. She received her Ph.D. in the Graduate Group in Ancient History and Mediterranean Archaeology at the University of California Berkeley. Her dissertation explored the urban history of the Roman provinces of Pontus-Bithynia and Paphlagonia and analyzed the factors that contributed to the stability and growth of cities during the tumultuous 3rd and 4th centuries CE. She completed her M.A. in Classical Art and Archaeology at the University of Colorado, Boulder and holds two Bachelor of Arts degrees in History and Classics from the University of Arizona.

Pitt’s research focuses on the influence, dynamics, and connectivity of ancient urban development, particularly the colonies of the Roman Empire. Her other research interests include strategies of and responses to Roman imperialism, Greek and Latin epigraphy, the role of women in the urban transformation of the provinces, archaeological methodology, cultural heritage management, and public humanities.

Pitt has participated as a supervisor in several archaeological field projects throughout the Mediterranean, including Chianciano, Italy (2006), the imperial villa of Maxentius in Rome (2007–2008), and the Roman Forum Excavations Project in Butrint (2012–2013). From 2008 to 2018 she was also a supervisor and the assistant director of the Via Consolare Project in Pompeii. She continues to work in Pompeii as the co-director of the Roman Colonial Urbanism Project.