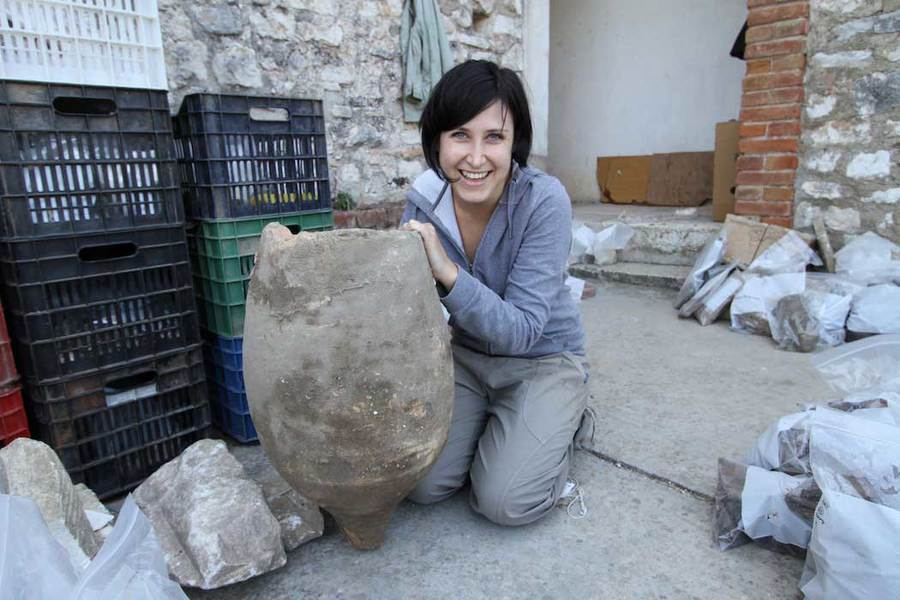 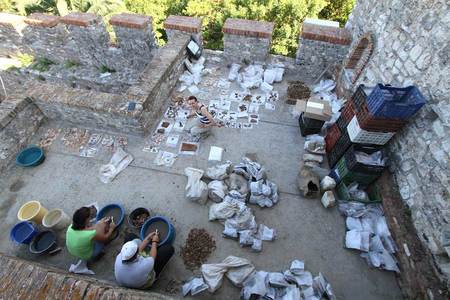 Laure Marest-Caffey with finds at the Venetian Castle

With the completion of the excavation campaigns, the project turned to the intensive study of the material remains for final publication. The artifacts were carefully studied and recorded by archaeological specialists in November 2013 and May-June 2014.

The material remains include more than 300 crates of pottery and thousands of finds (pottery, bones, glass, coins, inscriptions, marble, metal objects, etc.). A second major aim during these study seasons was to conserve the archaeological finds.