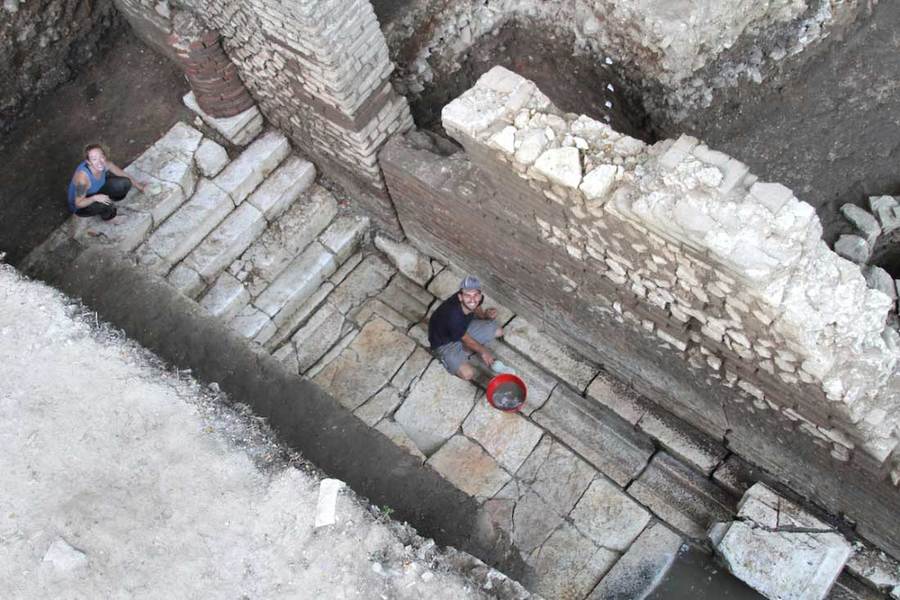 E end of Forum and Basilica 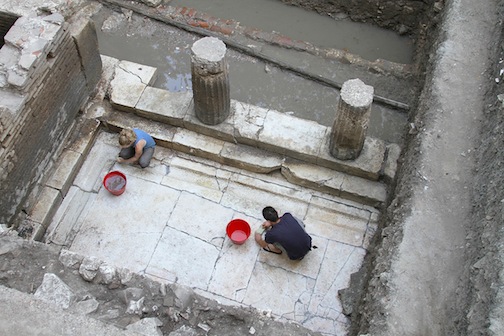 SE corner of Forum, with standing columns in situ

The E side of the Forum was identified and investigated during the excavation campaigns of 2011-2013.

The Roman Basilica was built on the steps at the E end of the forum. A statue base rests on the first step adjacent to its central door.

Excavation of the Forum's SE corner brought to light the only known standing columns from the ancient city. Originally belonging to a Hellenistic Stoa of the 1st century BC, they were reused by the Romans as part of the Forum's southern portico.