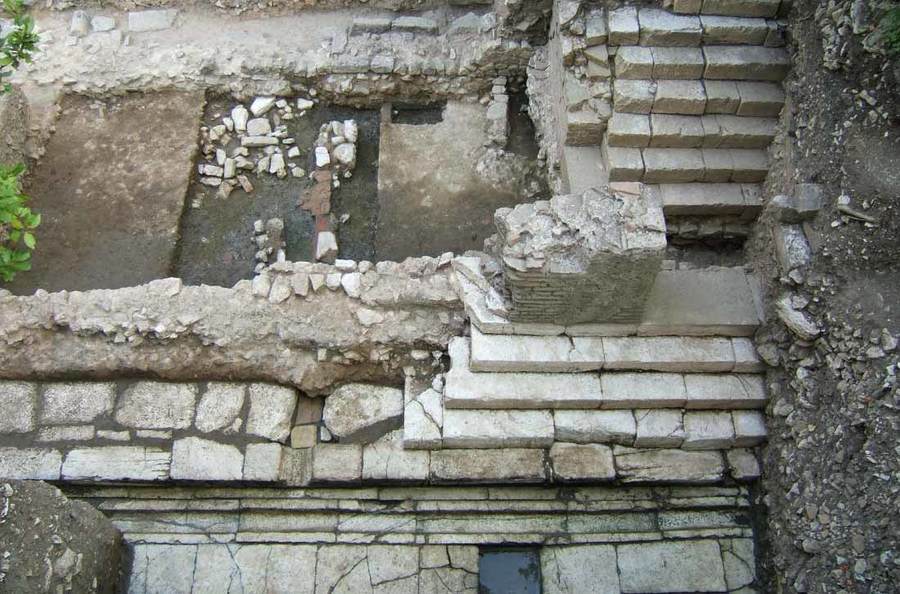 Pavement and Steps at N end of Forum 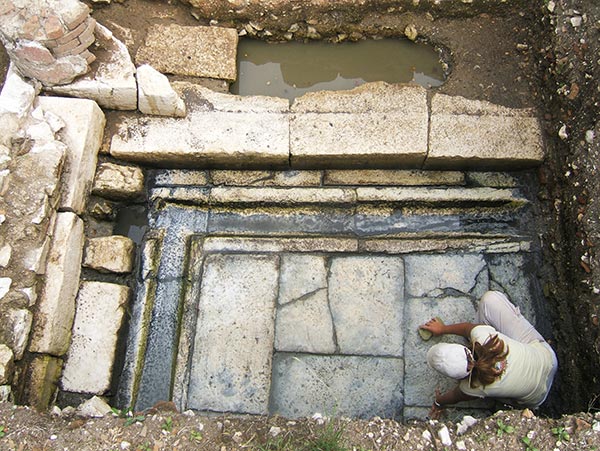 From 2004-2007, the project investigated the NW and SW sides of the Forum. Excavations in front of the Tripartite Building exposed the northern side of the forum, where the pavement and part of the forum portico were found in situ.