Portrait busts of Augustus, Livia, Agrippa, and an unknown woman 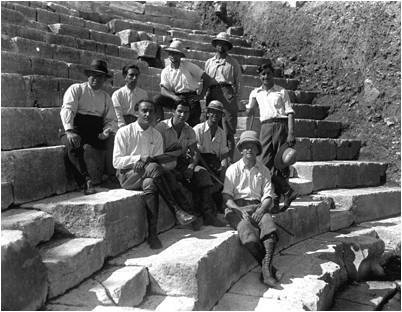 Luigi Maria Ugolini was the first archaeologist to investigate Butrint. Commissioned by the fascist government of Mussolini to direct the Italian Archaeological Mission at Butrint, Ugolini began excavations in 1928. From the outset, the expedition was rigorous in both its scientific aspirations and political objectives. His team discovered the urban center of Butrint, unearthing the Theater and the Sanctuary of Asklepios. Over thirty-four sculptural pieces were discovered, including busts of Augustus, Livia, and Agrippa.

After the Second World War, the site was assigned to Dhimosten Budina, under the communist dictatorship of Enver Hoxha. Receiving his training in archaeology in Moscow, Budina facilitated a collaboration between Albanian and Russian archaeologists. In May 1959, Nikita Khrushchev made a high-profile visit to Butrint.

Despite the economic hardships Albania faced after breaking ties with the Soviet Union in 1960, Budina received government funding to undertake a number of excavations at Butrint. Comprehensive studies were also undertaken in the 1970s and 1980s by Neritan Ceka and Selim Islami. Their research was later carried on by Albanian archaeologists Kosta Lako, Astrit Nanaj, and Dhimitër Çondi.

After a long period of isolation, sweeping democratic reforms in 1991 brought about new relationships with foreign institutions. From 1994-2008, a multidisciplinary program of archaeological research was undertaken at Butrint under the direction of Richard Hodges, Scientific Director of Excavations for the Butrint Foundation, and Ilir Gjipali, Professor of Prehistory at the Albanian Institute of Archaeology. 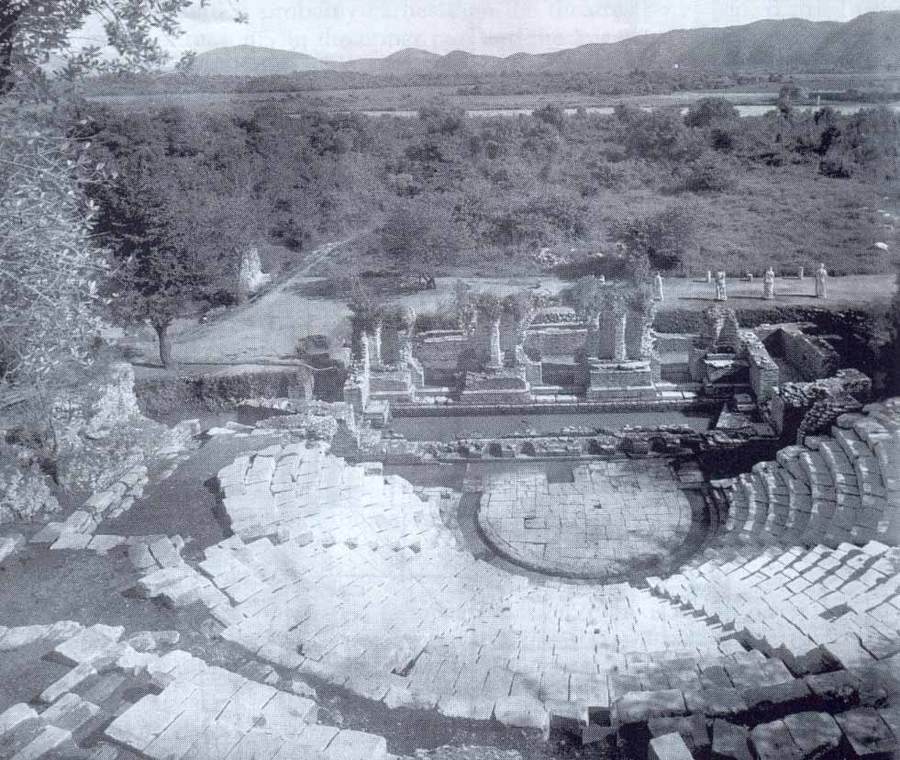 The Theater shortly after its final excavation in 1932